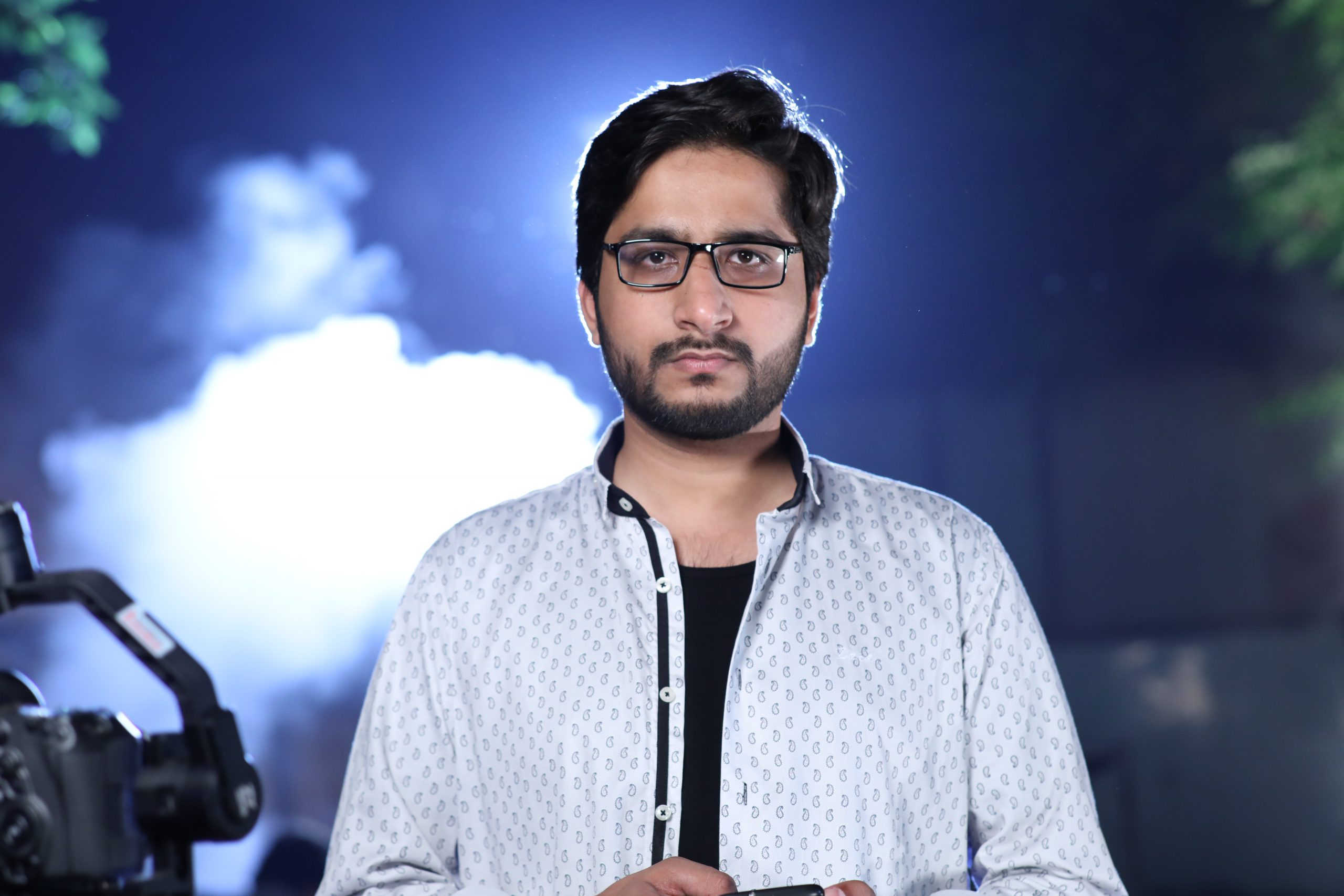 Muhammad Samie is a Pakistani based multi-dimensional mystic icon who has emerged as a phenomenal & self-developed mystic music persona and has invented his own genre while staying within the confinements of sufi boundaries. He is a writer, poet, singer, composer, musician, aural/visual editor and graphic designer and has earned an unusual popularity and magnetized a unique and strong sufi-music loving fan-base in Pakistan & across the globe in an extremely short period of time.

Short Sufi Spells” is a sufi music label coined by Muhammad Samie themed around the concept of conveying spiritual vibes in short & comprehensible fashion keeping it contemporary to the extent & form that keeps soul of the message intact, pure and intensive.

Muhammad Samie (a.k.a. the Spell Caster) is a Pakistani based multi-dimensional mystic icon who has emerged as a phenomenal & self-developed mystic music persona and has invented his own genre while staying within the confinements of sufi boundaries. He is a Writer, Poet, Singer, Composer, Musician, Video Director, Video Post Producer and Graphic Designer. He has earned an unusual popularity and magnetized a huge and unique fan-base from Pakistan & across the globe in an extremely short period of time.

Muhammad Samie was born on October 8th, 1988 in Riyadh, Saudi Arabia and had his basic schooling in the capital of KSA. He moved to Gujranwala (Pakistan) along with his family back in 1995 and completed his higher secondary education there. Utmost emphasis in his family was always on studies. After completing his MBA from University of the Punjab (Lahore), he stepped into the perils of Chartered Accountancy (CA) in 2012. He qualified CA by the end of 2016 and permanently shifted to Lahore.

Samie’s musical journey is, though thoughtfully planned and articulated, but is unconventional and unusual altogether. His music and vocal sense was God’s gift but never had time to separately invest in this due to studies. However, self-experiments and self-practice techniques continued side-by-side. As the intellectual corridors got matured and behavioral and psychological shifts took place, his genre preferences got altered and kept evolving. Major part of his life was spent in unusual listening practices that covered multiple genres across cultures and religions.

It was in the midst of 2006, when Samie heard the brassy voice of a passionate legend, Aziz Mian. Samie was utterly impressed by the weight of the content Aziz Mian presented in his Qawwalis. Later, he added melodic masterpieces of Sabri Brothers to his listening playlists as well. Qawwalis of Aziz Mian and Sabri Brothers opened the corridors of classical poetry for Samie. He was introduced to an undiscovered world of sufi kalam and qawwali. That was the time when his interest in Urdu literature, classical poetry, spirituality, history and philosophy got intense and he began his research in these spheres.

Samie’s natural rhythm and tempo refined over time. Moreover, side-by-side, he started polishing his ability to transform his feelings and emotions into poetic stanzas. By around 21 years of age, Samie started producing poetic pieces in an urge to connect them all to complete different topics. Through self-practice techniques, he used to invent and improvise compositions to merge them into his poetic verses.

Qawwals’ brisk, smooth and rhythmic shuffling of fingers on harmonium keys always fascinated Samie. Gradually, this instrument turned out to be his favorite one. He used to observe the placement and movement of the fingers of harmonium players while they played the notations of compositions. He bought and learnt to play it through observations and natural music sense and took it to an extent that enabled him to produce compositions through harmonium. Eventually, he self-mastered it to a level that enabled him to play it as a musician.

Samie’s unusual interest in poetry and literature (Urdu and Persian, in particular) coupled with detailed research & study forms the base of his spiritual creations. Samie’s inference pertaining spiritual messages revolves around his musical slogan, “Short Sufi Spells”. He has recently started his own video productions with the brand, “Short Sufi Films”. 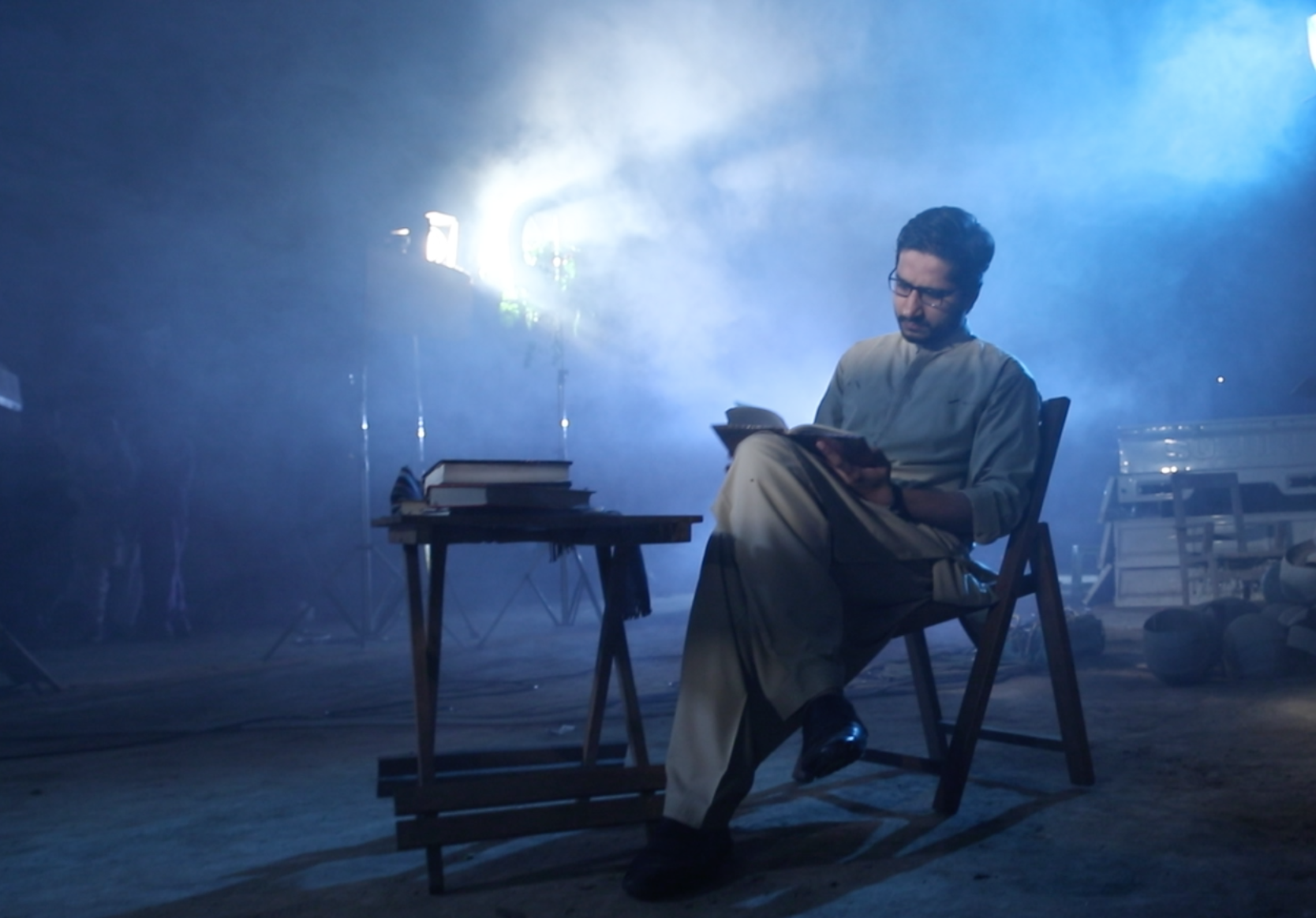 We are always open for business

For Concerts, Gigs, Bookings and Professional Queries, please fill the following form or email or call at: